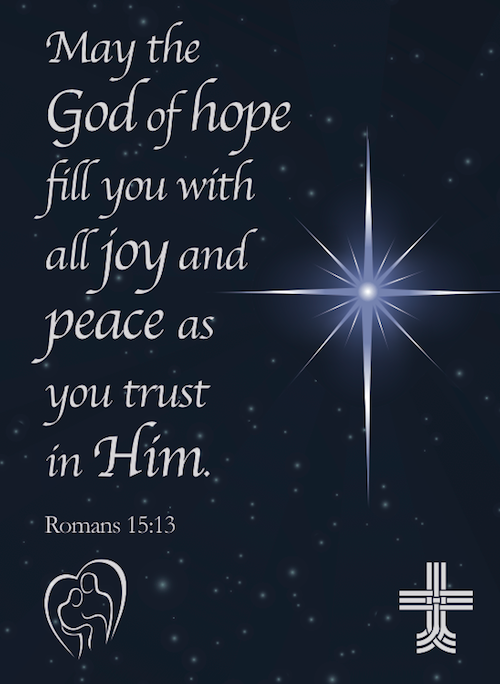 A beautiful, hand-woven tapestry adorns the foyers and lobbies of each San Antonio Baptist hospital and emergency clinic. These tapestries were presented to the hospitals and clinics in September of 2013 to honor the 10th anniversary of a strong partnership between the Baptist Health Foundation of San Antonio and the Baptist Health System.

Tony was drawn to the star – a clear reference to Christ, the hope that shines in the hearts of all believers and His unconditional love that is extended to us all.

Lindsay wanted to convey an aspiring message that would touch everyone who passed through the halls at Baptist healthcare. The verse and shining light can be relevant and hopeful to families in unique ways. She envisioned light breaking through the darkness, representing new beginnings.

Heirloom European Tapestries of Berkeley, California, translated Tony and Lindsay’s inspiration into woven tapestries that add such transformative beauty and grace to brighten our lives. These Heirloom tapestries were Jacquard woven here in the U.S. The term “Jacquard” comes from its inventor, Jacque Jacquard, who designed and built his weaving loom in 1805 in Paris, France.

By the grace God has given me, I laid a foundation as a wise builder, and someone else is building on it… For no one can lay any foundation other than the one already laid, which is Jesus Christ.