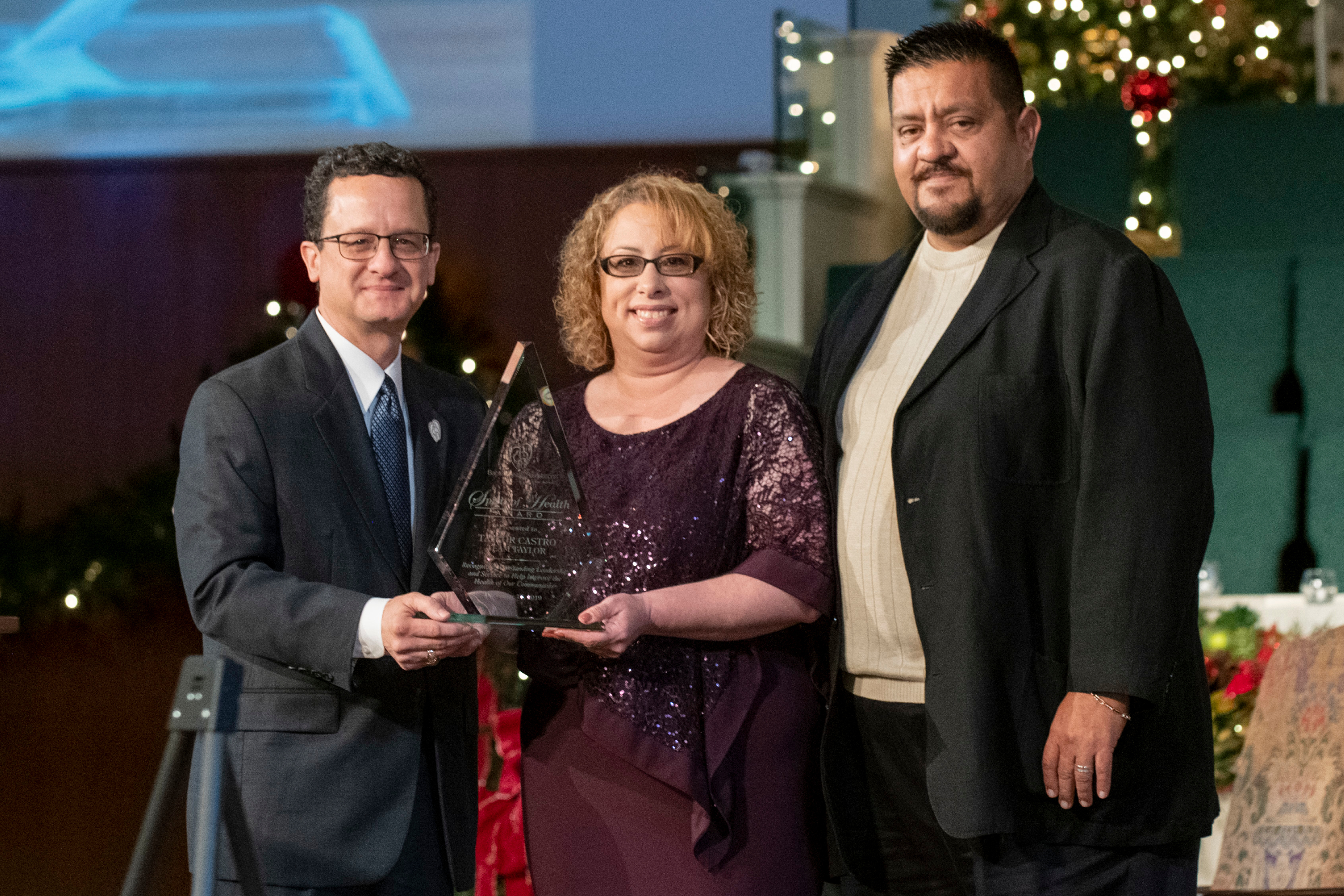 Castro’s hope and faith were strong, even on her most challenging days. A devout Baptist, she volunteered at her church and spent part of her summers teaching children at Vacation Bible School. When faced with Acute Myeloid Leukemia and Myeloid Sarcoma, she never gave up. And though she passed away in April 2019 at age 25, the devoted wife, daughter and mother left an incredible legacy of strength and selflessness.

Castro’s journey began in September 2018 when a visit to her doctor’s office revealed she had Acute Myeloid Leukemia, which affects more than 60,000 people in the US. She began chemotherapy but was told receiving a bone marrow transplant was crucial to recovery. However, ethnic background is a limiting factor in matching a donor, and the likelihood of a Hispanic or Latino match is only 46 percent. Castro’s match was never found.

Throughout her fight, Castro continuously educated people about the importance of bone marrow donation. This gave life to the #TeamTaylor movement, which helped register thousands of new bone marrow donors, potentially saving thousands of patients waiting for a donor match. “If I found a match for someone else, that would bring so much joy and happiness to my heart because I would know I helped save someone’s life,” Castro said in a video to her supporters. She strongly believed that God has a plan for each life and she never lost that faith.

Castro joins the ranks of previous Spirit of Health Award recipients including Dr. Ernesto Gomez, Founder of CentroMed; Lindsey Painter, a New Braunfels teacher who donated a kidney to one of her students; Fernando Guerra, MD, former Director of Health for the San Antonio Metropolitan Health District; and George Gaston, MD, retired Vice President of Mission and Ministry for Baptist Health System.