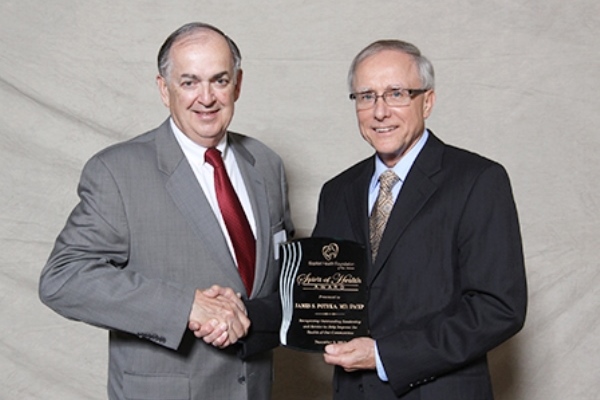 The Baptist Health Foundation of San Antonio announces the recipient of the first ever Spirit of Health Award in 2012. This award recognizes and honors the significant accomplishments of James Potyka, MD, whose leadership and service has improved the health of our communities. Potyka’s experience includes serving as the Director of Base Medical Services in the United States Air Force. He has been a Baptist Health System emergency physician since 1973, where he also served as Chief of Staff at Baptist Medical Center. Potyka was the first Medical Director of San Antonio AirLife.

“We thank Dr. Potyka for his outstanding leadership which has served our community well since 1973,” stated Knowlton. “A donation has been made to one of Dr. Potyka’s favorite charities, Faith Family Clinic, which he currently serves as its board chair.”